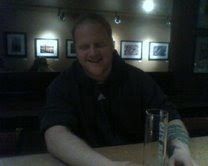 If you've been to Prima in the past year--and let's hope you have--you've probably seen Miles Harrison in the kitchen. For the past 15 months, Miles has been logging long hours on Prima's line, mastering Chef Sieb's dishes, and generally keeping the place running smoothly. And last September, Miles was rewarded for his hard work: He became Prima's newest sous chef, succeeding Evan Leichtling in the role. Way to go, Miles!

Now, a bit about the guy: Miles, 23, was born in Minneapolis and raised in Northfield, a small city in southern Minnesota. (Northfield has many claims to fame. It's home to the original Malt-O-Meal headquarters, for example.) In the ten years that he's been working in restaurants, Miles has held practically every job in the kitchen--dishwasher, prep cook, line cook, and now sous chef.

On his first night working in a kitchen, the 13-year-old Miles washed all the dishes for a 315-person wedding party at The Grand, a historic venue in Northfield. "It was the biggest load of silverware ever," he says. The young Miles obviously wasn't scared off, though. After moving to South Whidbey seven years ago, Miles became the best dishwasher the town of Langley has ever seen. (Ask Evan. He'll testify.)

Miles washed dishes for five years before picking up a knife, and he's been prepping and cooking ever since. His current favorite dishes at Prima are the salade lyonnaise--"it's a classic dish that brings us one step closer to being a true bistro," he says--and the roasted free-range chicken breast.

Aside from his passion for food, Miles absolutely loves conversation. So the next time you find yourself upstairs at Prima, peek your head into the kitchen and say hello to our new sous. He'll be happy to chat.
Posted by prima bistro at 8:37 PM No comments: