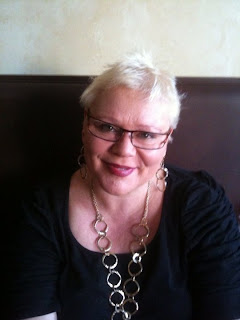 Gretchen walked in to apply for a job that first summer of 2006 and she's been an integral part of our lives ever since.  She worked for us off and on for the first 3 years and  immediately became part of our family - both at the restaurant and outside of it.  So here's a little background on one of our past employees, great customer and terrific friend!  Hopefully I'll be better with these interviews and do them once a month as was my original hope...we'll see.


What brought you to Langley…and how long ago?
Well, I first started visiting my brother, Barton, and his family more than 20 years ago after Max was born.  Sometimes I’d bring my cat and bicycle and stay for weeks at a time; I was sort of a local long before I lived here.  I moved here permanently ten years ago and can’t seem to leave, try as I might.  I’m sort of marooned on Whidbey Island, but I can think of worse places to be. 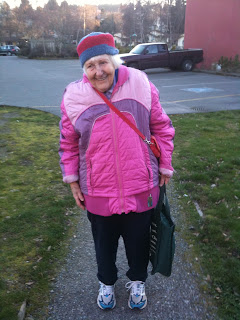 Who is your favorite other Langley local, other than yourself, and what question should we ask them?
My favorite Langley local is Helen who lives in Brookhaven.  Sadly, I don’t know her last name, but I just love her and we have quite a nice relationship.  She’s the little lady that you see around town that’s sort of hunched over (I think she probably has osteoporosis) and is usually wearing a cheery pink or purple get up.  Which suits her personality – she is always so happy and friendly and such a joy to talk to; I love her Brooklyn accent (at least I think it’s Brooklyn) and her chirpy voice.  Her grandson is Austin, one of the Jak’d boards kids, and she always comments on my Jak’d boards sweatshirt – she’s very proud.  She’s absolutely adorable and I’m always in a better mood after I run into her, which fortunately is often.  You should ask her “what is the meaning of life?” and just exactly where her accent is from.  Maybe I will. 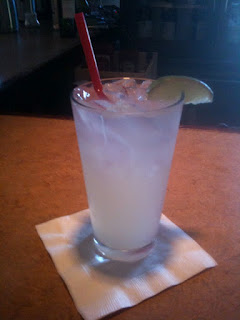 What is your drink/food of choice while dining/drinking at Prima?
This might be the hardest question of all.  I love Negronis, and my usual is a Gretchhound; I prefer gin.  I snack on the calamari regularly during happy hour.  I come in on Sundays with my NYT for the Eggs Prima; the chicken is probably my favorite entree; I love the arugula salad with braesola and have tried to emulate it at home (came pretty close, too).  The nicoise, the French onion soup, the sweets, the pate, the burger, of course.  Cheese is my favorite food and I think the cheese list is pretty great.  Now I’m hungry!


Who is your hero?
John Lennon.  I was in bits for days when he was murdered.  He was an amazing artist in so many genres, he put his money where his mouth is and stood up for what he believed in, he had a very quirky sense of humor and skewed outlook on life, and his voice soothes me.  One of my desert island discs is “John Lennon/Plastic Ono Band.”  There’s a track called “Mother” that just slays me.  Like John, my mama died when I was young (he was 16, I was six or seven), and that song says it all. 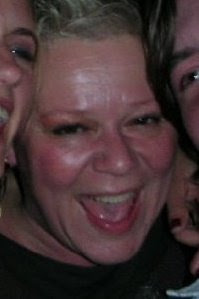 Have you ever been a part of the shirtless man journey sing alongs?
They are one of my favorite phenomenons in the world, and yes, I am pretty sure I have been at most of them.  You know my motto: “Journey on, shirts off!”  Don’t stop believin’ that I love seeing all my guys with their shirts off and singing Journey at the top of their lungs.   You know, I hated Journey until I worked at Prima.  I loved those mornings opening up the restaurant with Journey blaring at highest volume (the Star Store had to call and tell us to turn it down a couple of times), and that completely converted me.  Unless Evan was working, then it was songs from Disney animated films – not so much, be my guest. 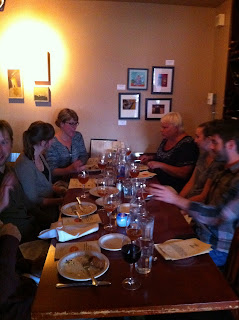 Because I love food and wine and especially the combination of the two.  I’m one of Sieb’s biggest fans (outside of Kate Cowles, of course, but that’s only because she knew him first; fortunately she is very generous and shares).  I remember the first shift I worked at Prima; Sieb asked me what my favorite food was, to which I responded, “Charcuterie.”  We all know how much Sieb loves his sausage, and it went from there.  I totally get what Jenn and Sieb are trying to do at Prima and believe in it wholeheartedly, plus they are like family to me.  Also, I love having a “local” and pretty much consider Prima an extension of my own kitchen and living room - I love going in there and knowing everybody.  I’ve made a lot of my good friends as well as some really solid connections from working and hanging out there.
Have you ever fallen down the back stairs?
No, surprisingly enough.  Everybody knows I’m a faller.  I have fallen down stairs and ended up in the ER, but that was in NYC and fortunately not here in Langley – wouldn’t want to make a spectacle of myself in my own back yard.  That’s a rule I try not to break.
Did you meet your significant other at Prima (or the former Star Bistro) and what happened?  And how often?
Yes, I’m pretty sure I first met Sieb at Prima. 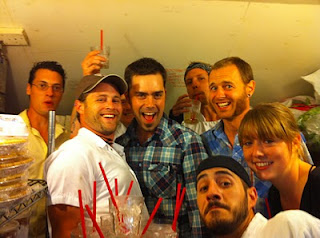 What is something that you’ve done in this restaurant that we probably shouldn’t know about?

Table 19?  I already told you I don’t like to make a spectacle of myself and try to always maintain a sense of decorum.  Wink.
Posted by prima bistro at 2:19 PM No comments: